Born on the 4th of July (Adoption)

I always wanted children and in
the traditional sense, in those days, that was a baby.

My ex-husband and I
went through years of tests. 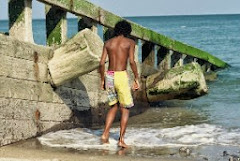 friends were having families.
Visiting hospitals to see newborns?

Just couldn't do it.

Got as far as the ward door once, turned,
and ran to the car park in tears.
I knew I should be happy for them.
But I was so envious of their growing families.
It must be really hard for anyone
in the same position these days.
With social media such a huge part of our lives.
My Mum used to phone and say,
" So and so has just had the baby."
" Don't you want to know what it is?"
" Well, it can only be a boy or a girl"
I always replied sarcastically,
before slamming down the phone.
We wanted a child.
Boy or girl was not an issue.
We decided to look at adoption.

But didn't know where to go.
No internet in those days
One wet January evening
I was locked out of my house.
Long day at the office.
Forgotten my key.

Tired and fed up I stood shivering on the doorstep.

A neighbour, who I didn't know that well,  called out,

"Come and have a cup of tea until your husband gets home."

Her daughter was adopted.

I never realised.
Why would you?

"Why don't you try this adoption society in Peckham?
That's where we went."

The information evening was interesting.

The social worker gave the small group,
3 case histories.
Jay's was one of them.
After the talk, when everyone was chatting and drinking coffee,
we were looking at Jay's photo and I whispered to my husband
"Oh look isn't he beautiful." 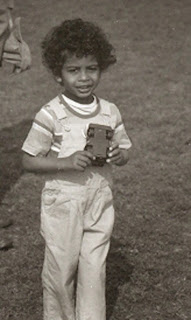 " Would you like to find out more about that little boy?"
said the social worker who happened to be standing behind us.
The worker assigned
to our case hadn't
met Jay.

The day she visited him for the first time,
she stopped off at a phone box on the long drive back to London.

She sounded excited.
"You are perfect for each other,
your temperaments match  completely."
Something happened..to this day I don't know what it was.

We had met Jay only a few times
he had never been to our house and stayed.

It wouldn't happen today.
Afterwards, I thought they were trying to move
him from his foster placement quickly,
for some reason known only to them.
On one of my visits, the social worker
asked if I would take Jay home
the next time I came to see him.
Three days later.
(Mickey Mouse went everywhere with us.
We once dropped him on the track at Victoria Station.
Had to wait until the train departed.
A worker jumped down to retrieve the precious Mickey.)
I drove over in my yellow 2CV,
which was to become such a huge part of our lives.

We would go everywhere in that little car.
On the way, I stopped off for a cup of tea in Tenterden
and found a goose lamp in a shop, on sale.
It was his night light for years.

When I arrived,
Jay had pulled all his pictures off the wall
He was packed and ready.

Taking my hand,
" Come on Mum, let's go"
I could barely see through the tears. 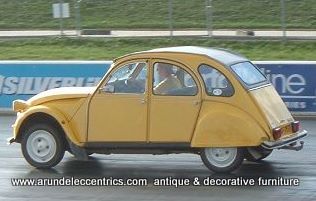 He was small for his age.
Undernourished.
Introvert.
Life had been tough for him over those first four years.
There was sadness in those huge brown eyes.
Although we had read his history,
I'm sure we never knew the half of it.
I vowed then to make his life the best I possibly could.
It happened in such a whirl.
When we arrived home I was in shock.
I was working at a playschool at the time
and used to children of that age. 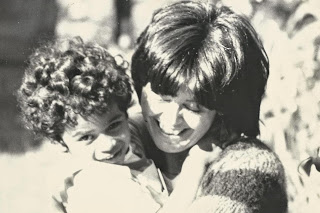 I thought I would automatically be brilliant.
How arrogant can you be?
But brilliant doesn't happen overnight.
I expected to feel a huge surge of love immediately. 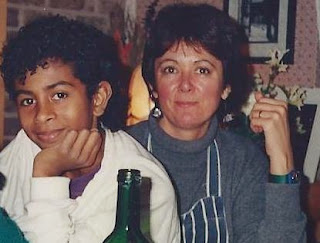 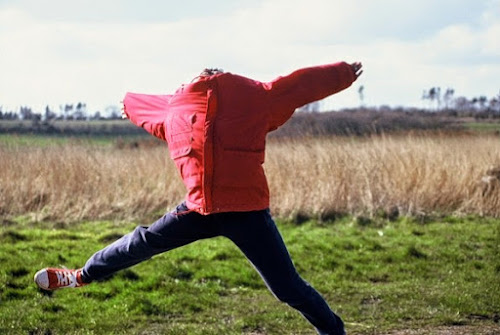 It grows and like all relationships, you get out what you put in. 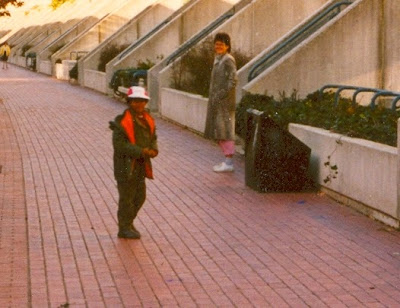 Suddenly, here I was with a little person 24 hours a day.
It was a real shock to the system.
I felt emotional all the time. 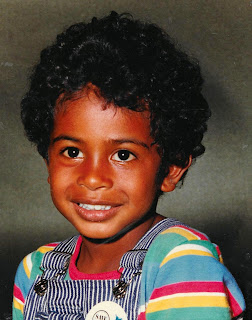 I wasn't making a good enough job of things.
Didn't know what he ate, his likes and dislikes.
I struggled to know what to feed him.
I never cooked convenience food,
whole foods were my thing.
I remember in desperation asking
" Well, what DO you like?"
and in a quiet shy voice, almost a whisper, he replied,
" I.....I...... I do like cheesecake"

I  made cheesecake,  from scratch.
He picked at it
" I thought you said you liked cheesecake?"
" Yes, but only out of a packet!" 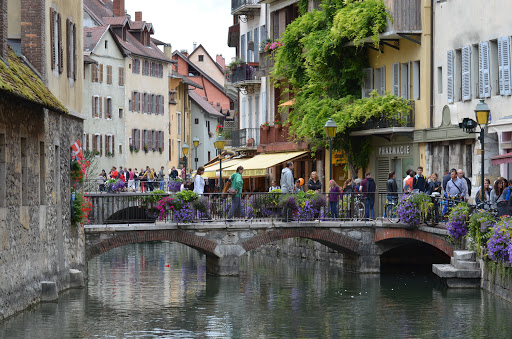 We used to visit friends in Annecy,
France most years while Jay was young.
The area is beautiful.
The friends special.
Val was renowned for her French Mousse au Chocolat.
Made it from the finest ingredients.
Put a lot of time and love into it.
" Oh!" Said Jay as he put the first mouthful in,
"Aunty Val.  Your Instant Whip is lovely."
Val was speechless.
We still laugh about it to this day.
And at least he liked it.
We got through the early hurdles and soon after,
I knew I loved this little boy,
more than I had loved anyone in my life. (Sorry Mum)
I never  thought you could have such
feeling for a child you had not given birth to.
One day home from college Jay said, 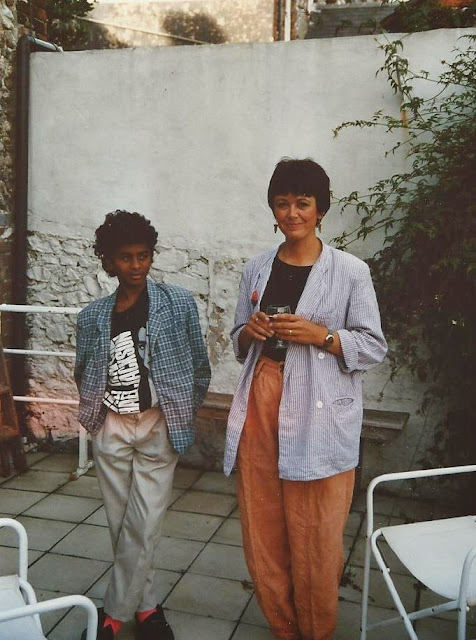 " My mates at college are really jealous of our relationship"
"Why Jay?"
" Because it's so strong and they say they
don't have that with their own mothers"
" How do they know?"
" Ma, they just see us together" 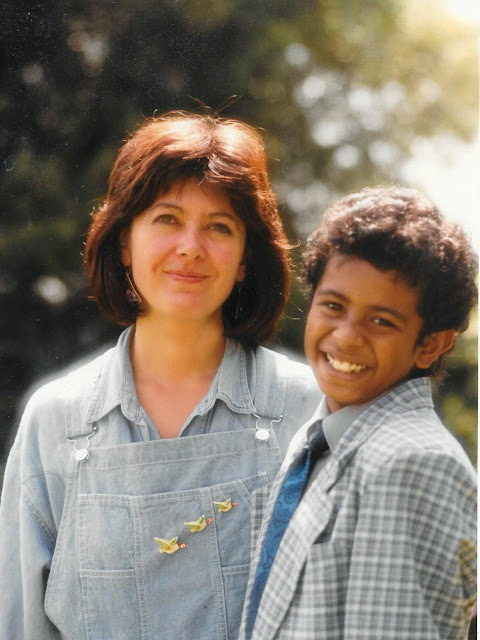 Over the years, like any mother
I have been so proud of  Jay's achievements.
From an early age, he took an interest in clothes and even did a spot of modelling. 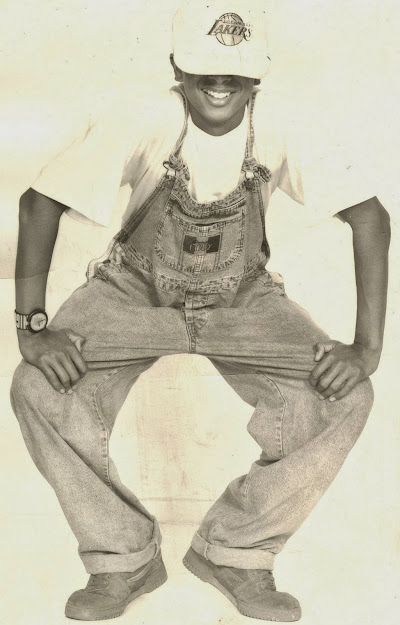 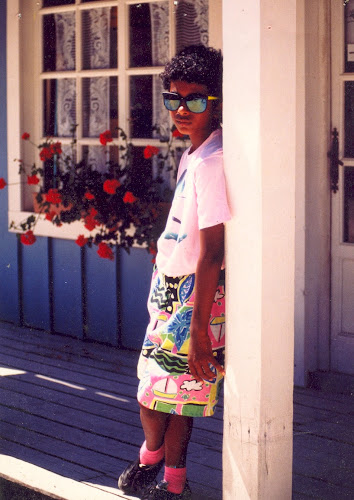 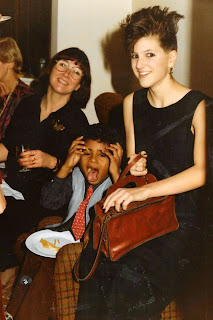 had a wonderful sense of humour,
loved his skateboard, loved to travel. 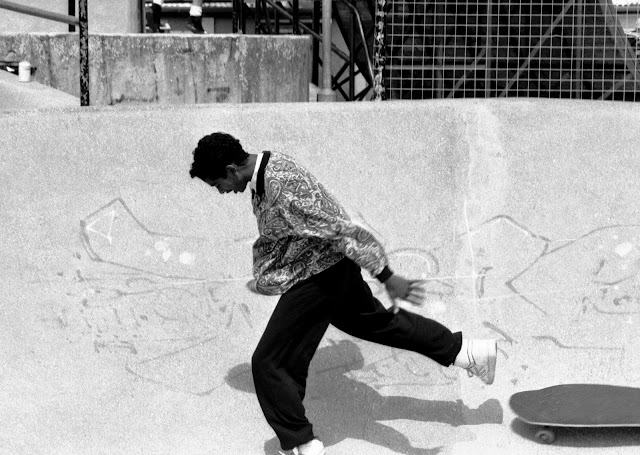 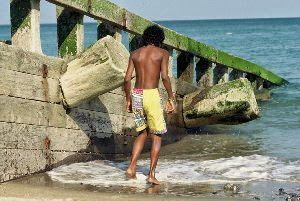 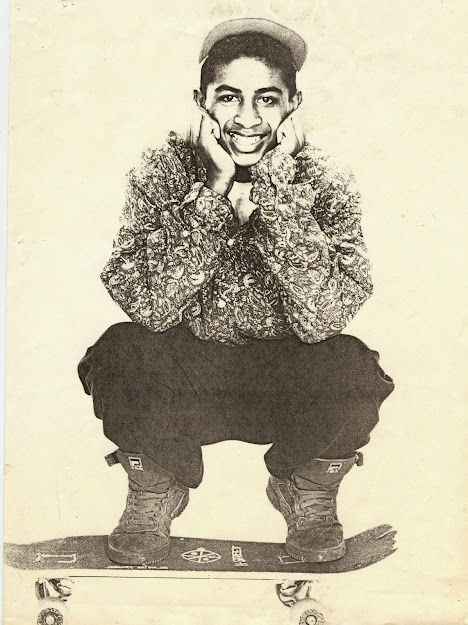 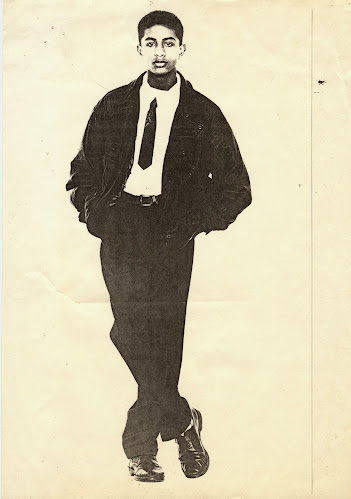 After studying for a menswear fashion degree,
at the local Northbrook College, in Worthing, he graduated with flying colours,
( Incidentally,  Northbrook were the first college in Europe to offer the degree)
Determined to end up in NYC..against all odds he got there.
Not the first time, when he borrowed money to fly to the US for interviews.
On his return, he said they felt he was good,
but needed more experience. 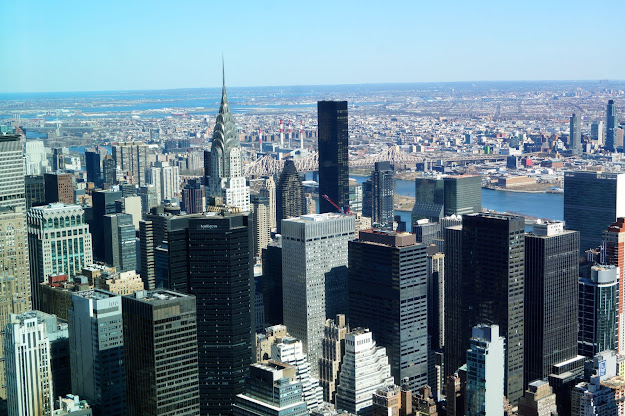 "So Jay, what are you going to do next?"
He grinned.
" Get more experience Ma ,of course"
He did.
And was taken on by Ecko Unltd in New York.
Which is where he met Krista. 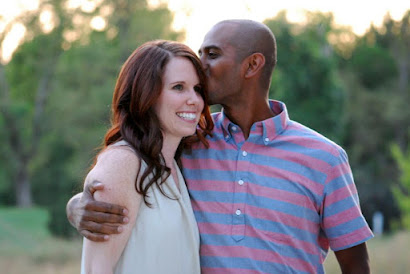 One day when Jay and Krista came back to visit
we managed to get all four birth brothers together.

Other guests at the party were crying

Nass and I miss him terribly
Oh! I forgot to tell you, I gained even more out of this than a wonderful son.
When my ex-husband and I divorced
,
I joined the school PTA to keep me busy. 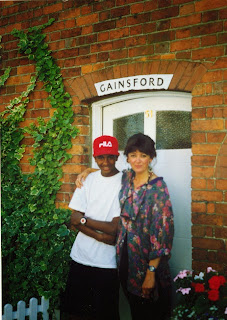 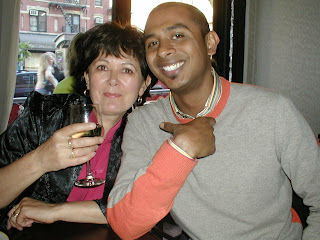 We organised a  Summer Ball and as a result I
was spending more and more time at Jay's school.
So, my bonus?
Dating the PE teacher .
Jay was mortified when he found out.
His old mother dating the young PE teacher was beyond embarrassing.
But it wasn't long before they got on.
They are firm friends now. 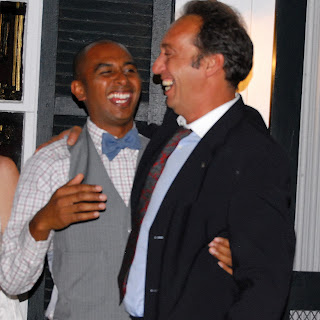 If you are considering adoption...do go and find out.

Be patient, though, it's a lot of interviews
and social workers poking into all areas of your life. 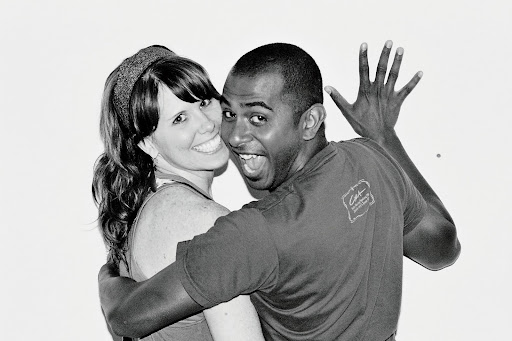 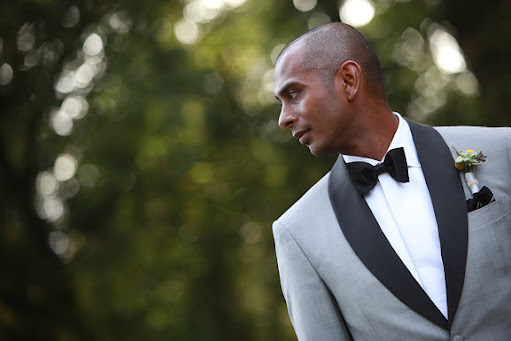 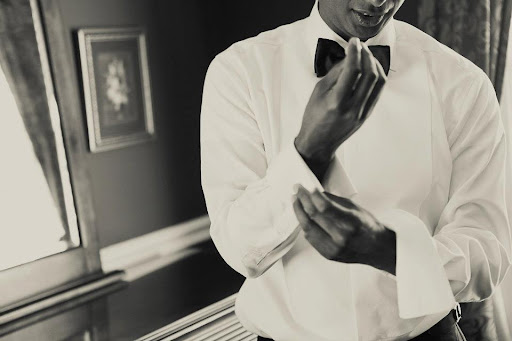 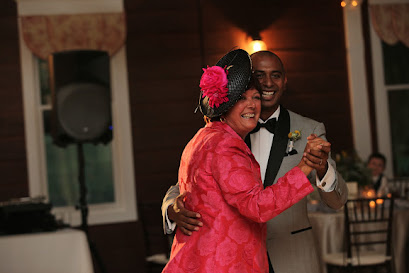 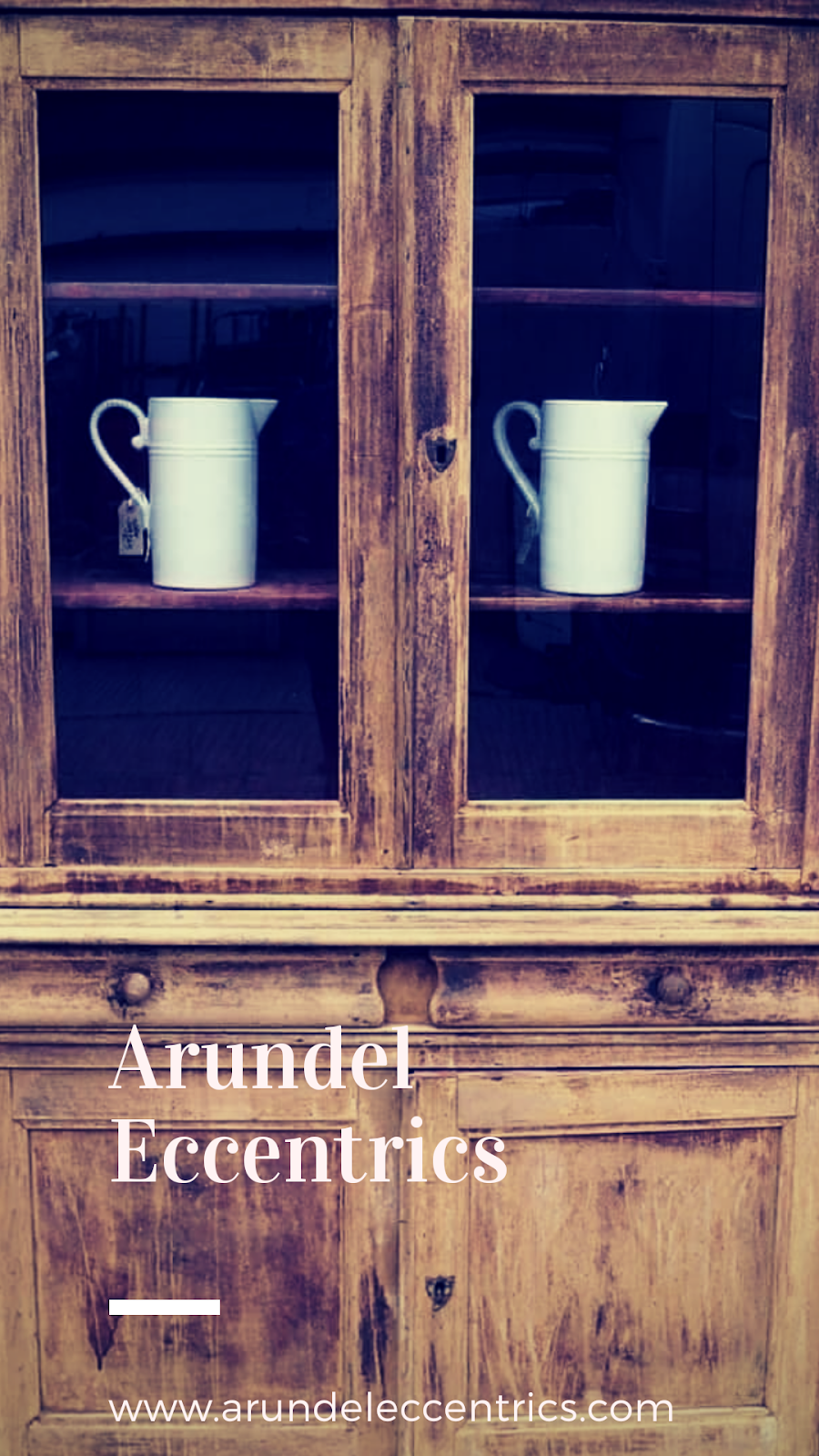 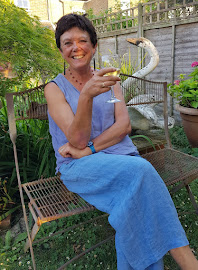